Our water experts work hard to engineer quality filter products, so we can bring you the very best water treatment solutions for your home.

The innovative Silkwater range of whole-house hard water conditioners with built in filters and descalers, eliminate the hassle of timers, computers and electrical breakdowns by using water pressure instead of electricity. The space-saving design makes for quick and easy installation in comparison to large bulky conventional salt based water softeners.

Many people live in hard water areas which means water flowing from their taps or faucets contains higher levels of compounds like magnesium and calcium. The most noticeable difference between hard water and soft water is that it’s more difficult to create a lather with hard water, due to the way calcium compounds react with soap. Another very noticeable effect is staining on stainless-steel sinks and kitchen worktops.

However, the full extent to which hard water affects our homes and lives is much greater. For example, limescale from hard water builds up in plumbing system components such as water boilers, heat exchangers, radiators and pipes resulting in expensive repair bills. More laundry detergent has to be used when washing clothes to counter the effects of hard water. The lifespan of appliances like your washing machine and dishwasher is estimated to be reduced 3.3 years when using hard water. 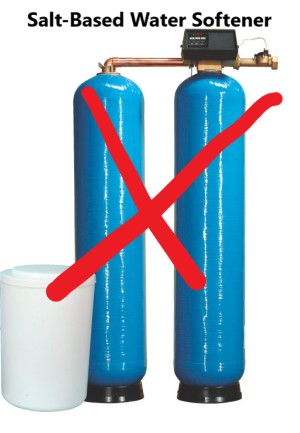 The older technology solution, a conventional water softener which uses salt is not environmentally friendly. In fact, many cities are now discouraging or even banning conventional salt based water softeners as they do not want to deal with the brine discharge and the negative effects on the environment. When salt in the form of brine is added to the wastewater stream on a city-wide level, the only treatment that can remedy the problem is desalination. Desalination is the process of removing salt from water. This seems simple enough but it costs millions of dollars for a city to build a desalination plant. When only 12-18% of the population uses a salt-based water softener, it seems unfair to ask everyone else to help cover the cost of an expensive solution.

The viable alternative to a salt-based water softener is the SW200XL Water Conditioner Ultra or one of the SW300 Series from Silkwater Technologies. When you install and use a Silkwater water conditioning device, you will have clean, healthy, fresh water without compromising local agriculture or the environment. 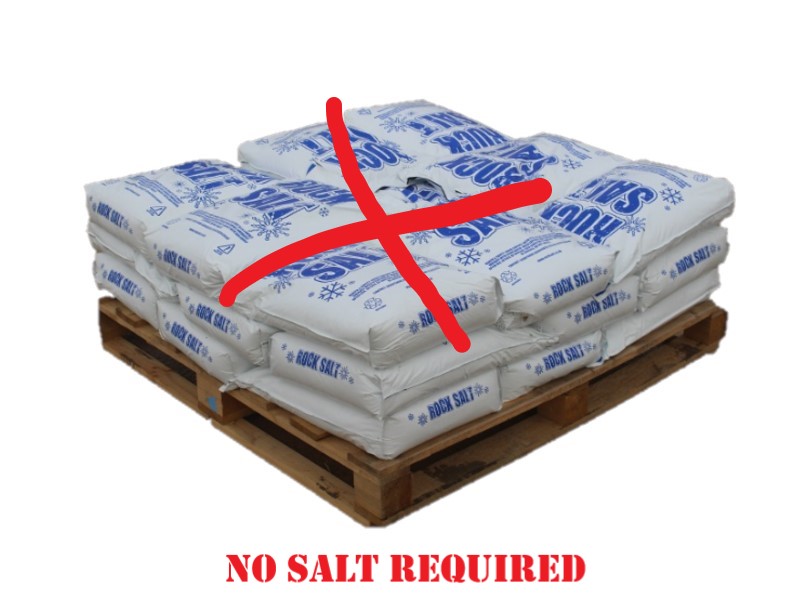 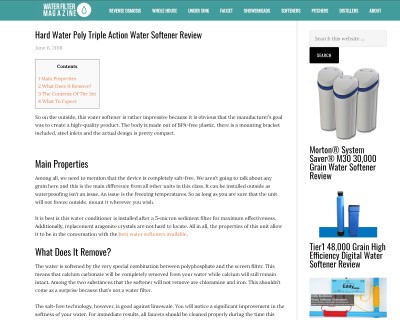 My old water softener died on me and I wanted something without the salt.. It was becoming impossible for me to replace it because of the infirmaries of old age. I love this. It does not take up the space of the other one and the water tastes better. I live in AZ where the water is hard and very often bad tasting so I tried this out on my fussy friends and they all approved of the taste.Even with the water softener, I had spots on the tile but I have none yet eith this . I have very little build-up on anything and that was my main priority.

We live in an area with very hard water. We put this in our brand new house and after 3 months we are not seeing any of the lime buildup or staining on sinks, faucets, etc that we fought on a daily basis in our old house. Highly recommend.

This product is awesome, does a great job softening the water and no need to add or buy bags of salt.

I have to give this 5 stars right now. Its only been 3 months, but I have no spotting on my glass or chrome, and no buildup on faucets. If I notice some later, I will come back and edit this review. Up till now, I am very satisfied. It was hard to believe that something this small and simple could take care of my water the way it does. No more buying and carrying the bulky salt bags, and no more looking at the large , ugly water softener. This unit is barley noticeable.

This thing is awesome, does a great job softening the water, and replacing the crystals every 3 months is a cinch.

Recently installed this system in our home and truly think it is remarkable. Living in a rural area with a well we were having issues with calcium deposits. Had to replace our water heater after 6 years and the water softner was not working. Hated lugging 40lbs of salt under the house. Found out about this new technology and communicated with the seller who answered all our questions. It was very easy to install and within days we noticed a difference in our clothes and skin. The white residue on our fixture is no longer there. Even our dishes sparkle again. The price is right and I would recommend this great product to anyone.

No bags of salt to heft around and store, no back flushing, no tanks to maintain. We purchased a Filterwater-3166402237 Poly Salt Free Water Softener filtration kit in January of 2017. It was another year before it was installed as part of our house renovation. Since moving back into into the house this January, and watching for signs of calcium/lime deposits as previously experienced, we noticed nothing but the occasional formation of a white powder on countertops and around fixtures where water had evaporated.

Now, rather than having to remove greenish deposits with vinegar and bash bristled brushes, they just wipe away with a damp sponge during normal cleaning. In addition to the house we live in we also own a couple of rental properties. As a part of the upgrades we normally do when tenants leave we will definitely being installing these same water conditioners to reduce maintenance chores and plumbing deterioration. Sincerely, Tom Curl - Medfield, MA

Amazing. Solved our hard water problems. Bought Jan 2017, now Nov 2017 and noticed dishes coming out chalky. Time for new crystals. Lasted much longer than the 6-8 months and we are a house of 7. Customer service is amazing as I had a leak initally and Brad Morris called and emailed until I got it fixed. I needed to add some Teflon tape on the pressure release valve (it is a separate piece).

Call Now Button
We use cookies to ensure that we give you the best experience on our website. If you continue to use this site we will assume that you are happy with it.OKPrivacy policy